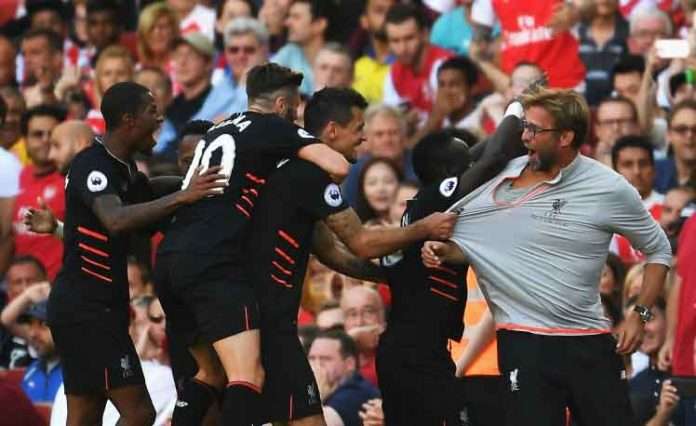 Following their impressive 4-0 over Arsenal as Anfield, Liverpool boss Jürgen Klopp is urging his side to pick up from where they stopped before the International break as they head to Manchester City on Saturday.

While speaking to Liverpoolfc.com about the trip to the Etihad on Saturday, he said “Its a massive game for both of us. The two team their players traveled the most for international duties will play at 12:30.”

“But the show must go on, we need to be ready at 12.30 and it’s the same for Man City, of course. It’s a very exciting game like it is always – these are the most intense games and if you are not ready to work against City then you can stay at home because you cannot get anything.

“We need to be ready for work but everybody who was in the building this morning felt the happiness of the players when they came back, so they are in a good mood.

“They all had kind of success, not all of them 100 per cent in both games, but I think a lot of them can be fine with their performances. We had a good performance before, but now we have to involve the greed again and put on a Liverpool shirt and go again.”