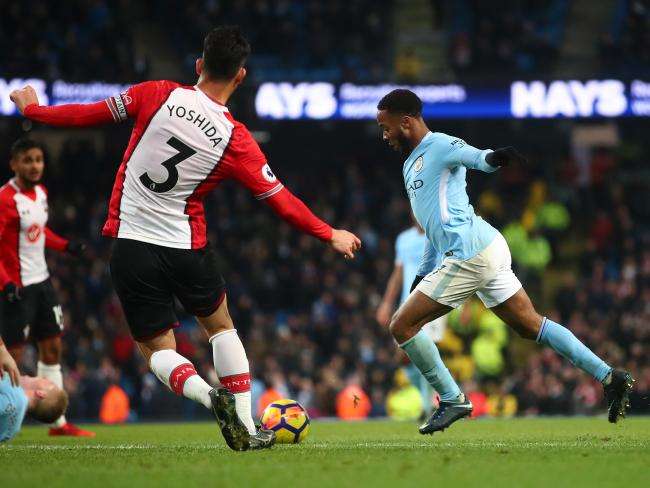 Manchester City welcomed Southampton to the Etihad Stadium in an action packed encounter.

The first half ended goalless but 3 minutes into the second half, De Bruyne opened the scoring for the home side. Romeu scored the equalizer after a brilliant effort from Boufal to find the Spanish midfielder.
1-1 was the score in the 90th minute and the match officials added 5 minutes of extra time. After a great link up play between Raheem Sterling and Kevin De Bruyne in the 96th minute, Sterling scored the winner on the edge of the box as he beats goal keeper Fraser in the top right corner. 2-1 it ended as Manchester City show case their never say die attitude to grab a late winner and maintain their winning run at home.