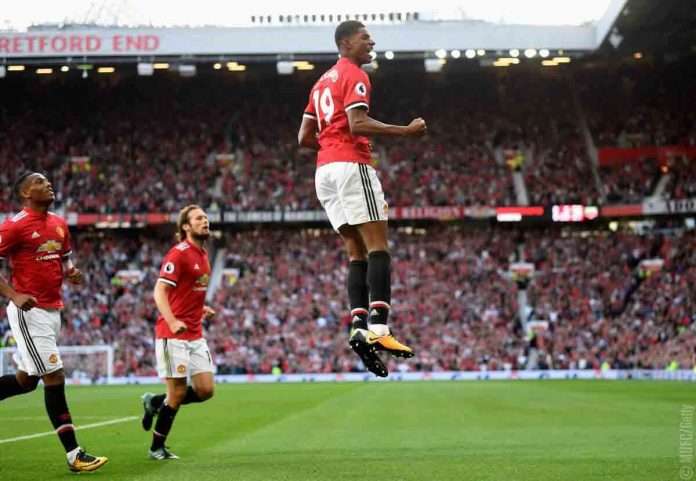 Manchester United beat Leicester City 2-0 at Old Trafford to maintain their 100% record in the start of the Premiere League season.

Romelu Lukaku missed a penalty in the 53rd minute to put the host in front, then goals from substitute Rashford and Fellaini gave Jose Mouhinho‘s men a well deserved 3 points.

Raheem Sterling late injury time goal Manchester City all 3 points in a well contested match away to Bournemouth at the Vitality stadium. 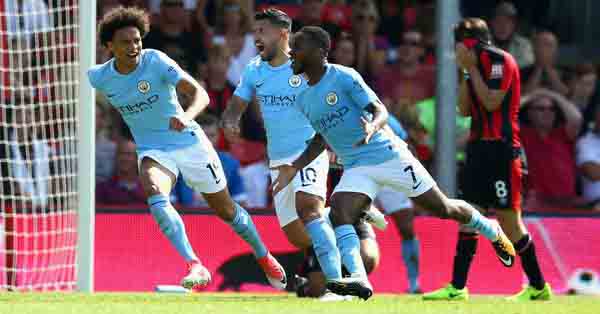 Bournemouth opened the scoring in the 13th minute with an absolute stunner from Charlie Daniels, Pep‘s men got the equalized when Gabriel Jesus found the back of the net from a well timed pass from David Silva. Sterling injury time goal ensure that the blue side of Manchester got all three points.

Sterling was sent off after he was booked for the second time for Unsportsmanlike conduct.

Newcastle United beat West Ham United 3-0 at home to record their first win since their return to top flight football.

Goals from new signing Joselu (36 mins), Ciaran Clark (72 mins) and Aleksandar Mitrovic (82 mins) helped release the pressure on Rafa Benitez as his men got their first 3 points of the campaign.

Crystal Palace have recorded straight 3 loses as Swansea beat them 0-2 at home to pile up the pressure on new boss Frank de Boer.

Goals from former Chelsea man Abraham (44 mins) opened the scoring for the visitors, Jordan Ayew doubled the tally in the 48th minute to put the game out of the reach of the host.

It ended all goalless at the Kirklees Stadium (Huddersfield 0 – 0 Southampton) and Vicarage Road (Watford 0 – 0 Brighton).