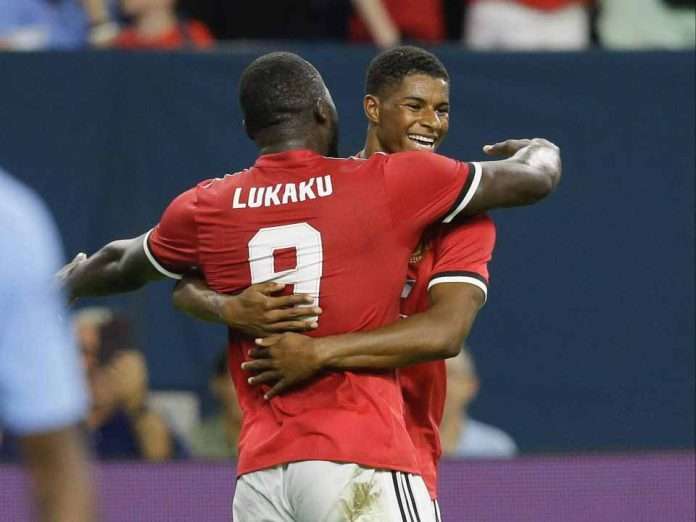 Manchester United and England Forward Marcus Rasford have revealed that he feels a very unique connection with summer signing Romelu Lukaku when they are on the field together.

The 19 years old striker admits that prior to the arrival of Lukaku from Everton, they have never crossed paths which makes the connection on the pitch more remarkable.

“It’s just clicked, we’ve got that understanding,” Rashford said while speaking to the club website. “We’d never met before his arrival, and we didn’t know what each other were like, but when we got on the pitch together we just knew where each other was.

“Hopefully we can keep growing the relationship more and more. Obviously it’s only in the early stages, and the better we get at playing together, the better the results will be for the team.”

Some United fans have recently compared the pair partnership to that of Dwight Yoke and Andy Cole, despite being flatted by the comparison the strike was keen not to get ahead of himself.

“It would be great if we could be like them,” Rashford said. “But the most important thing is for us to work for the team together.”

The pair are likely to feature in United’s game against Stoke at the bet365 Stadium on Saturday, and the Reds will be more than eager to continue their 100% start to the new season.