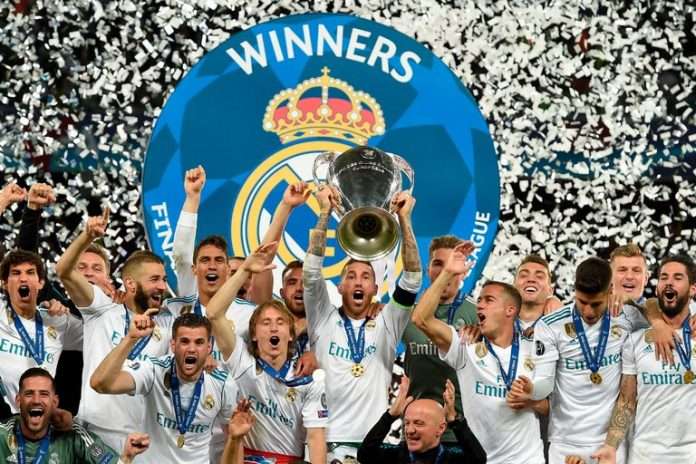 The first half ended goalless but the major talking point was the shoulder injury suffered by Liverpool’s talisman Mohamed Salah. Salah is in tears as he leaves the arena and is replaced by Adam Lalana(26′). Another injury blow for Madrid as Dani Carvajal also limped off the field with what seem like an ankle injury and he is replaced by Nacho (30′).

51′ A goal keeper error from Karius gave Madrid the Lead. His poor clearance ricochets off Kareem Benzema’s outstretched leg into an empty net. What a bizarre goal!. 1:0.

55′ Sadio Mane restored parity to the encounter with an all important goal for the Reds. The Senegalese strike was quick to react to a headed flick by Dejan Lovern deep inside the box. Game on! 1:1.

64′ Substitute Gareth Bale put Madrid ahead with a phenomenal acrobatic goal from yards out. The Welsh strike connects perfectly to Marcelo cross with a superb bicycle finish into the top left corner leaving the goal Keeper stranded. Absolute stunner! 2:1

83′ Gareth Bale puts the nail on the coffin to seal the lead for Madrid with a long range strike into the middle of the goal which was badly handled by Karius. Its back to basics for the Liverpool shot stopper. 3:1

Individual brilliance makes the difference at the end of the day. Final scores at Kiev, Real Madrid 3 Liverpool 1.

Congratulations to Madrid’s boss Zenedine Zidane who becomes the first manager to win the prestigious trophy 3 times in a row. What an achievement, he deserves an accolade.

Real Madrid are the undisputed Champions of Europe! Hala Madrid!! 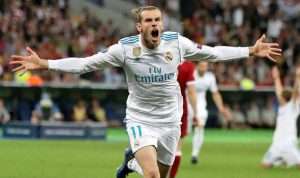