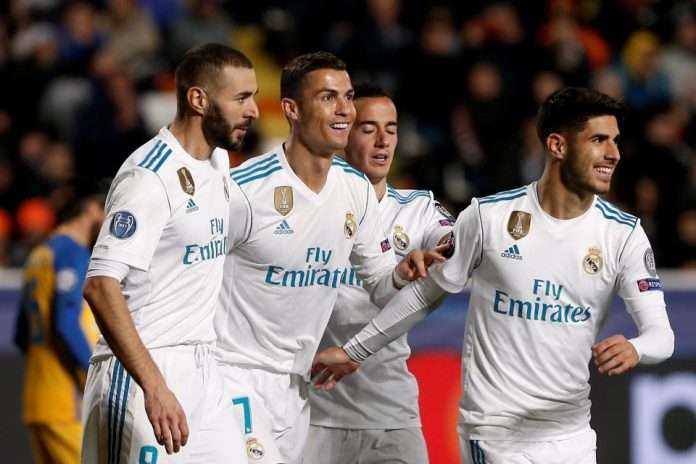 It was a one sided affair as Apoel hosted reigning champion Madrid at the Neo GSP Stadium.

22 minutes in the game and Croatian play-maker Luka Modric opened the scoring for the away side as he smashed home a low volley from long range after a poor defensive display from the home side.

Benzema doubled the lead for Madrid in the 39th minute after a fine assist from Toni Kroos. Defender Nacho put his name in the scoring sheet as he headed from close range to make it 3-0 in the 41st minute.

Benzema completed his brace just at the stroke of half time as Ronaldo unselfishly assisted the under-fire Madrid Striker.

The 2nd half proved to favor Ronaldo as the criticized Madrid star bagged his brace for the night in the 49th and 54th minute.