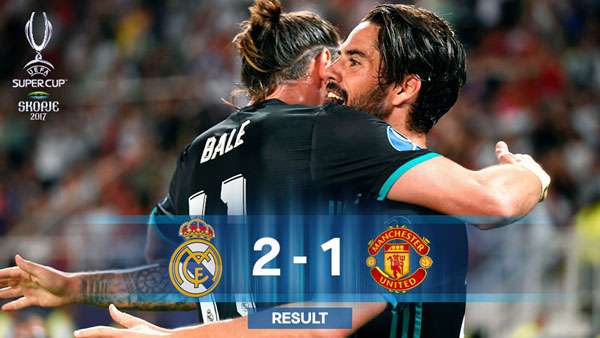 Real Madrid took the lead in the 24th minute with a well taken goal from Casmiro. Just after 7 minutes into the Second half, Issco scored Madrid’s second with a wonderfully worked 1-2 with Gareth Bale.

Romelu Lukaku put United into the game in the 62 Minutes, when he tapped in a slipped ball from Keylor Navas who couldn’t handle the long range shot from Matic.

In the 81st Minute substitute Marcus Rashord missed a sitter to draw United Level as Navas gets a vital touch on the shot to send it wide.