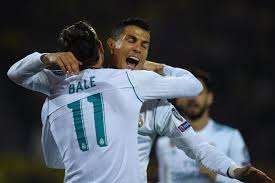 Christiano Ronaldo doubled the lead in the 50th minute, four minutes later Aubameyang pulled one back for the home team. Ronaldo completed his brace in the 79th minute to kill off the game in the Signal Iduna Park.