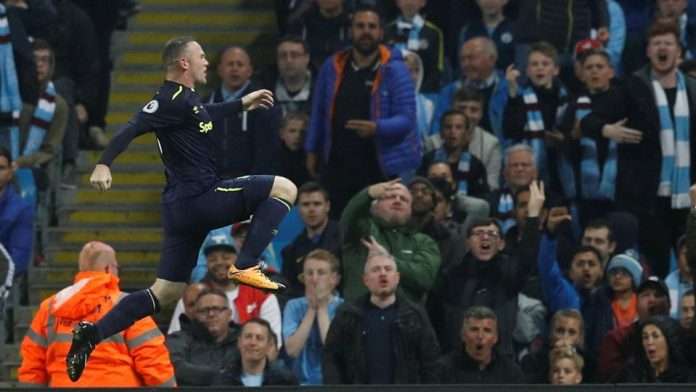 Wayne Rooney last night scored his 200th goal to put his name in the list of double centurions in English football.
Rooney drew first blood in a much contested match against Manchester City opening the scoring in the 35th minute putting his critics in doubt. Rooney became the second player to achieve this milestone after Alan Shearer who scored a total of 260 in his career.
In a post match interview Wayne expressed his emotions as “Nice” he said that he was a bit frustrated when they conceded a goal but a draw isn’t a bad result in the Etihad