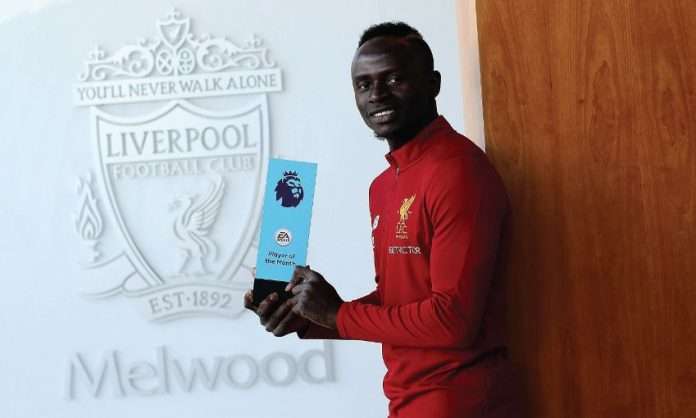 Senegalese Star Man Sadio Mane wins August player of the month for Liverpool following a positive start to the campaign.
Mane has been prolific in front of goal for Liverpool and scored in their three consecutive matches. His first goal was a leveller before half time against Watford (AWAY).
His second goal was a 73rd minute 1-0 home win against Crystal Palace. Mane’s third goal was in a highly rated match against Arsenal at Anfield where Liverpool won 4-0.
Liverpool unleashed their attacking trio of Mane, Mohamed Salah and Roberto Firmino who were all on the scoring sheet.
Mane picked up the award after been paired with the likes of Alvaro Morata, Mohamed Salah, Phil Jones, Henrikh Mkhitaryan, Romelu Lukaku and Jonas Lossl [Huddersfield]