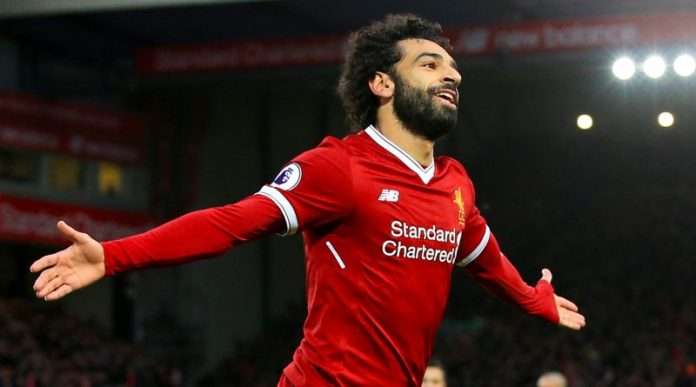 Bournemouth showed character as they came froma goal down to earn maximum points against West Brom at the Vitality Stadium.

The first half was goalless but the away team showed positivity at the start of the second half at they took the lead.

49′ Jay Rodriguez opened the scoring for West Brom as he buried the ball into the back of net from inside the box. 0:1.

77′ Jordan Ibe pulled one back for the Cherries with a tremendous strike from distance which flew straight into the right post. 1:1.

89′ With a minute left in normal time, Junior Stanislas scores a superb free kick into the top left corner of the goal. 2:1. 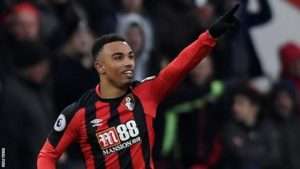 Crystal Palace defeated a tired looking Huddersfield away from home at the Kirklees Stadium 2 nil.

23′ Tomkins opened the scoring for the away side with his second attempt on goal inside the box after a great from the keeper. 0-1

68′ Crystal Palace were awarded a penalty kick for a reckless tackle inside the box. Skipper Milivojevic stepped up and converted the spot kick perfectly. What a take! 0:2 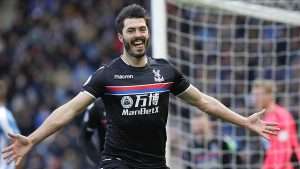 Relegation threatened Stoke City welcomed Everton to the Bet365 Stadium for a crucial encounter for the Potters.

30′ The only highlight of the first 45 minutes, Charles Graham Adam was shown a straight red card by Referee Martin Atkinson for his challenge on Wayne Rooney.

69′ Cenk Tosun opened the scoring for Everton awith a strike from close range as a rebound feel to his feet. 0:1

77′ Stoke City levelled the game despite their numerical disdvantge. Joe Allen pulls in a great cross after a clever run from the other half of the field. Maxim Choupo-Moting connects to the cross with a shot into the back of the net. 1:1.

84′ Cenk Tosun stole the show as his brace won the match for Everton. His well timed header from a Theo Walcott superb cross ended in the bottom right corner of the post. What a moment! 1:2 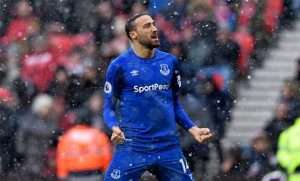 The Egyptian Magician Mohamed Salah was in Electric form as Liverpool Trashed Watford 5 nil at Anfield. Every touch Salah made turned into Gold as he scores 4 goals with an assist.

4′ Early in the game Mohamed Salah opened his account with a great solo run into the box and strikes the ball into the bottom right corner beating the goal keeper. 1:0.

43′ Mohamed Salah scored his brace as he connects to an Andrew Robertson pin point cross into the box. He creates some space for himself to strike the ball into the back of the net. 2:0.

49′ Mohamed Salah beats Watford right back before unleashing a superb cross into the box. Roberto Firmino latches onto the ball with a cheeky back heel finish. What a great goal! 3:0.

77′ Great run by Sadio Mane who unselfishly finds Mohamed Salah inside the box who completes his Hatrick for thr evening with a memorable goal. Salah managed to pull the trigger leaving Orestis Karnezis stranded after displaying dribbling skills inside the box. 4:0.

85′ Mohamed Salah puts the icing on the cake after scoring his 4th goal of the game. He was presented with an opputunity begging to go in after the keeper spilled a Danny Ings shot into the path of Salah. 4:0. 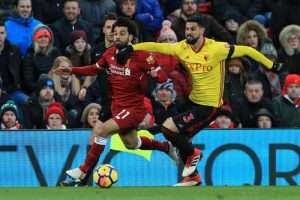