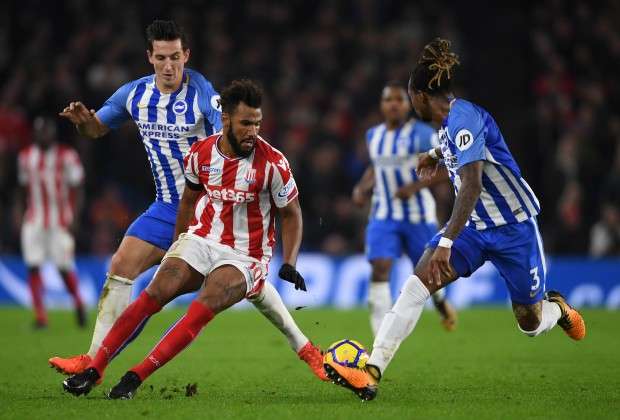 Brighton hosted Stoke City in a Monday evening Premier League game at the Amex Stadium with both sides showing their attacking prowess. Choupo-Moting opened the scoring for the Potters after a dreadful defending by the home side. Gross pulled the leveler just at the stroke of half time, few minutes later Zouma put the away side ahead with a header that gives them the lead going into the break. Izquierdo leveled the game in the 60th minutes, 2-2 was the final score as both sides had to settle for a draw in a very entertaining encounter. The newly promoted Brighton are in the 9th position on the table 3 points above Stoke City who are in 15th position.