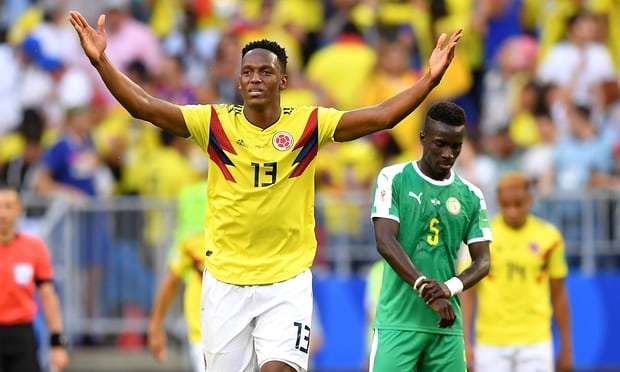 After a bright start to their campaign in Russia, Africa’s last team Senegal bow out of the tournament after losing one nil to Colombia at the Cosmos Arena Samara.

The only goal of the game came in the 74th minute with a whooping glancing header from Barcelona defender Yeri Mina. In the other group match played simultaneously in Volgograd, Poland who were already eliminated defeated Japan by the same score line. Bednarek grabbed the only goal of the encounter in the hour mark.

Colombia top Group H on 6 points while Senegal and Japan are level on 4 points with the same goal difference. However, Japan scale through on FIFA fair play rules having received fewer yellow cards than Senegal.

Indeed a heart breaking moment for African football as they record their worst performance in the World cup since 1982.