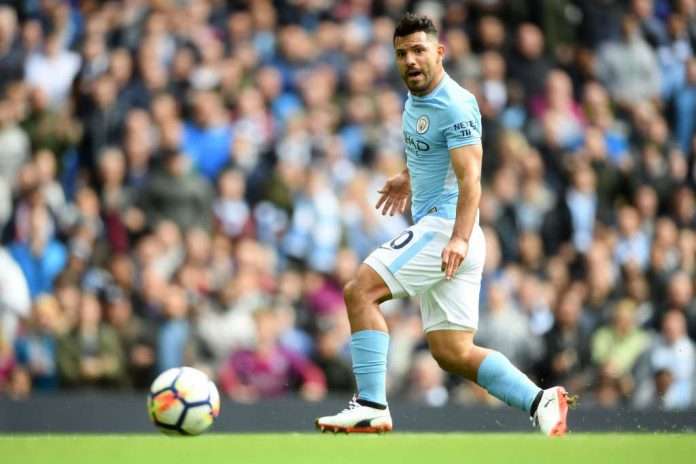 The 29 years old striker scored the first goal in the 24 minute after Kevin De Bruyne through ball sent him clear as he rounded Liverpool goalkeeper Simon Mignolet to score his 124th Premier League goal since joining Manchester City from Atletico Madrid in 2011.

This goal makes it the sixth consecutive goal Aguero have scored against Liverpool at the Eithad,  and also makes him the 15th highest goal scorer in the Premier League.