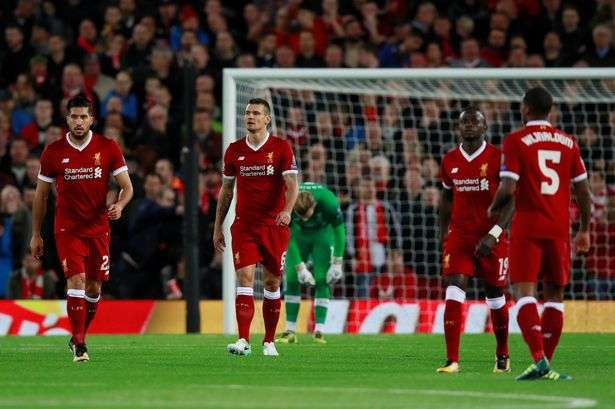 Jurgen Klopp tagged his team performance against Sevilla as “wasteful ” but he believes their are plenty of postives to take from the performance.
Liverpool were held to a 2-2 draw and failed to convert their chances at Anfield. Just 5 minutes into their much anticipated return to Champions League football and the reds where behind with a goal from Wissam Ben Yedder.
Goals from Roberto Firmino and Mohamed Salah put the reds back in front, Roberto Firmino hit the bar from the penalty spot  and missed the chance to stretch their lead further.
Liverpool paid in full for poor defensive display as Joaquin Correa 72nd minute strike was a enough to earn a point for the Spaniards in England.