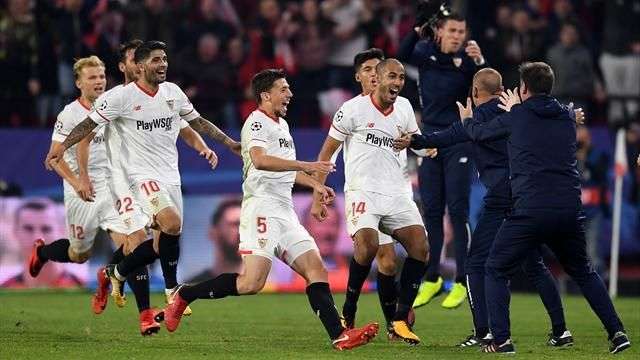 Liverpool were ahaead in the 2nd minute as Firmino squeezed in a header from close range to beat the Sevilla goal keeper.

Mane doubled the lead for the away side in the 22nd minute with his first Champions League goal for Liverpool from a header, Firmino completed his brace with a simple tapping from close range as he was the first to react as Rico spilled a shot from Mane.

3 nil it ended in the first half as Liverpool walked into the break with a comfortable lead at half time.

However, the second half proved to very memorable for the home side. Berizzo motivational half time team talk proved to be effective for the home side. 6 minutes into the 2nd half, Moreno gave out an easy free kick that was converted by the Sevilla number 9 Ben Yedder as he attacked the cross with a fierce header.

Moreno then gave away a penalty kick in the 54th minute which was converted by the in-form striker Ben Yedder as he completed his brace.

Sevilla were all attack in the second half as they continue to put pressure on the Liverpool back line and there efforts were finally rewarded in additional time. Liverpool failed to clear their back line from a Sevilla corner kick and Pizzaro was the first to react from inside the box as Sevilla completed their comeback.

3-3 it ended and the result means that both teams will have to wait till the final group game to seal their qualification to the knock out phase.