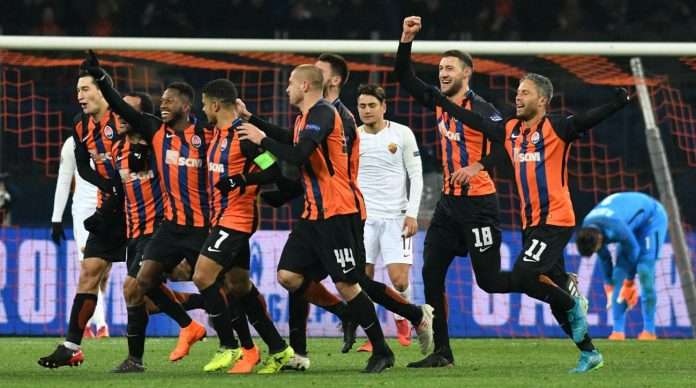 Man of the match David De Gea becomes the first keeper to keep a clean sheet at Estadio Ramón Sánchez Pizjuán. The Goal keeper pulled off a series of world class saves to keep Manchester United in the contest.

Manchester United move to the next leg at Old Trafford under a lot of pressure having not scored a precious away goal. 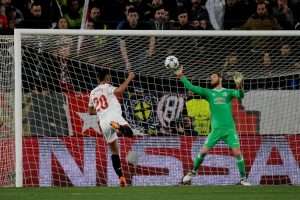 Shakhtar Donetsk showed character as they come from a goal down to beat AS Roma at the OSC Metalist.

41′ Under scored the opener in his Champions League debut for Roma after a defense breaking pass from Dzeko. The youngster showed composure inside the box as he slots the ball past the goal keeper. 0:1.

53′ Facundo Ferreyra’s individual brilliance was crowned with a fine shot from inside the box into the middle of the goal to make it all squared. 1:1.

71′ Manchester City’s target Fred grabbed the winner for the home side with a spectacular free kick from the edge of the box. The ball went in after hitting the right post, what an effort!. 2:1. 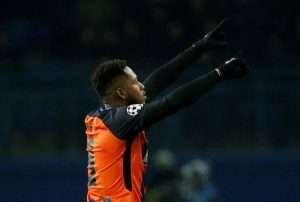