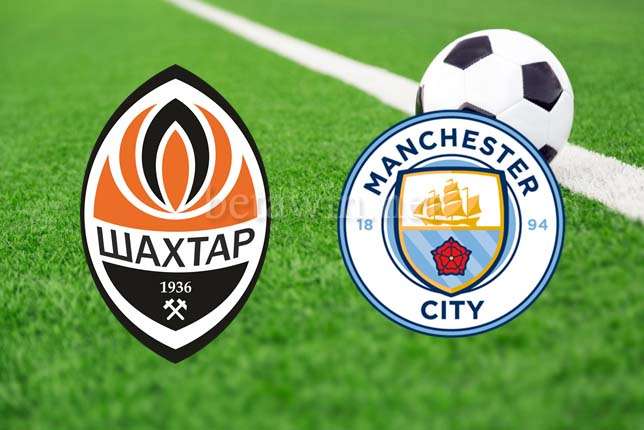 Manchester City makes a trip to the OSC Metalist in Ukraine to face Shakhtar Donetsk in round 3 of Group F UEFA Champions League fixtures.

The Ukrainian side approach this champions league encounter following a narrow (1-0) win over Desna on Friday at the OSC Metalist.

Shakhtar were reduced to ten men after Nigerian International Olarenwaju Kayode was shown a straight red four minutes after the hour mark.

Despite the numerical disadvantage Shakhtar kept mounting pressure before Maycon scored the winning goal in the 88th minute.

Current Premier League Champions Manchester City come into this tie on the back of an impressive (5-0) victory over Bunrley at the Etihad last Saturday.

Sergio Aguero put The Citizens ahead inside 16 minutes, Bernardo Silva then doubled the lead in the 54th minutes before Fernandinho tripled the advantage two minutes later.

Riyad Mahrez scored the fourth in 83, before Leroy Sane completed the rout in stoppage time.

Sergio Aguero netted his eight goal of the season so far against Burnley. He has two assist to his name.

Júnior Moraes is Shakhtar top scorer with two goals and one assist.

Shakhtar Donetsk have scored at least a goal in each of their last eleven matches in all comeptitions,

City have conceded at least a goals in each of their last five UEFA Champions League matches.

Shakhtar Donetsk have scored at least a goal in their last three Champions League matches at the OSC Metalist.