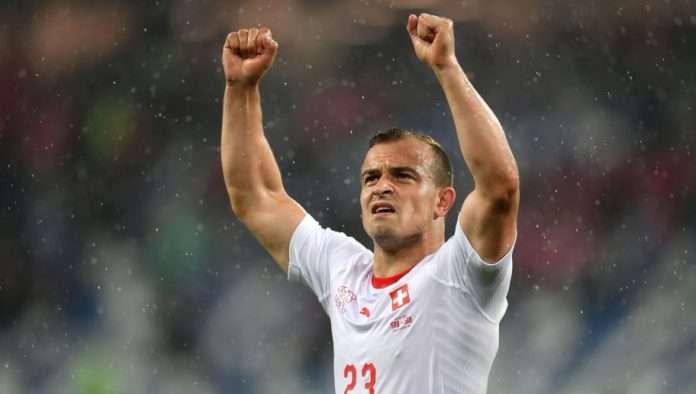 Switzerland came from goal down to beat Serbia 2:1 at the Kaliningrad Stadium. Shaqiri late winner boosts the Swiss chances of survival in the group stage.

5′ Early in the game Dusan Tadic provides Aleksandar Mitrovic with a superb cross deep inside the box. Mitrovic attacked the ball with a powerful header into the roof of the net. 1:0

52; Arsenal midfielder Granit Xhaka restored parity to the contest with a unstoppable wonder strike from just outside the box into the right side of the goal, What an effort! Game on! 1-1

90′ In the last minute of the game, want-away Stoke City winger Xherdan Shaqiri showed great determination to get to the end of through pass which presented him with a one-on-one opportunity with the goal keeper. He hits the ball with his left foot past the onrushing goal keeper into an empty net. 2:1