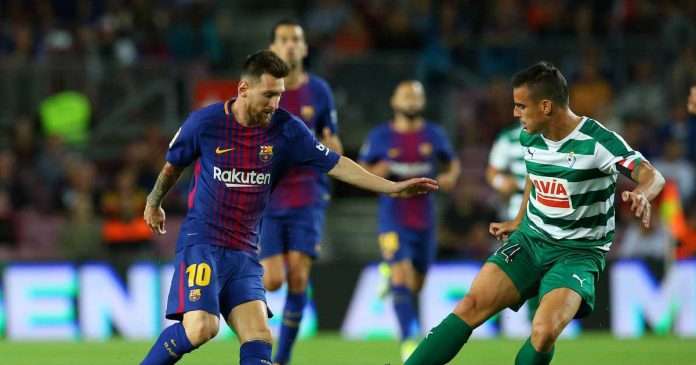 Sevilla won the reverse fixture back in September and they come into this game after a home win against Girona, while Las Plamas are currently unbeaten in each of their last 2 games

Both team have gone 5 consecutive head to head clashes without a draw.

Sevilla have gone 3 consecutive matches in all competitions without a draw.

Eibar will play host to league leaders Barcelona after their impressive win against Leganes (0-1) and Sevilla (5-1).

Barcelona approaches this encounter after two straight Liga draws against Getafe (0-0), and Espanyol (1-1).

The away side won the reverse encounter 6-1 in September, and have enjoyed comfortable wins in their last three visits to the Estadio Municipal de Ipurua.

Barcelona have won each of their last 7 head to head encounter against Eibar.

After 2 straight wins against Villareal (1-2) and Celta Vigo (2-1), Alaves will welcomes Dep La Coruna who sits second bottom in the liga table.

Dep. La Coruna won the reverse fixture back in September, but have failed to win any of their last 8 matches.

Alaves are undefeated in each of their last 4 home games in all competitions against Dep. La Coruna.

Alaves are undefeated in each of their last 9 home games in all competitions.

Dep. La Coruna have failed to win any of their last 6 away La Liga games.

Out of form Valencia travel to bottom placed Malaga who have failed to win any of their last 8 La liga games.

Valencia are currently third placed, one point above Real Madrid. They come into this encounter after an impressive home win against Levante (3-1) as they put an end to their 3 straight Liga loses.

Malaga sits at the bottom of the table 7 points away from safety, and even if they are able to cause an upset as they did in their last encounter at the Estadio La Rosaleda, they will still be at the bottom.

Each of their last 5 head to head encounter have had over 1.5 goals.