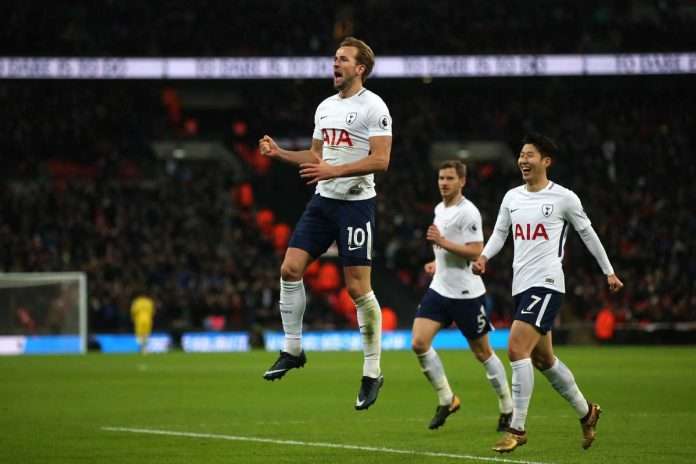 Tottenham got back to winning ways in the Premier League as they record their first win in 5 games with a 5-1 demolition of Stoke at Wembley.

Ryan Shawcross‘s own goal gave the host the lead in the 21 minutes after he accidentally headed a cross from Son Hueng-Min.

Son doubled the lead 8 minutes after the break, before Harry Kane scored a brace(54,65) and Christian Eriksen got on the score sheet to make it five for Mauricio Pochettino‘s men.

This results moves Spurs above Arsenal in fifth, while Stoke drops to Fifteenth. 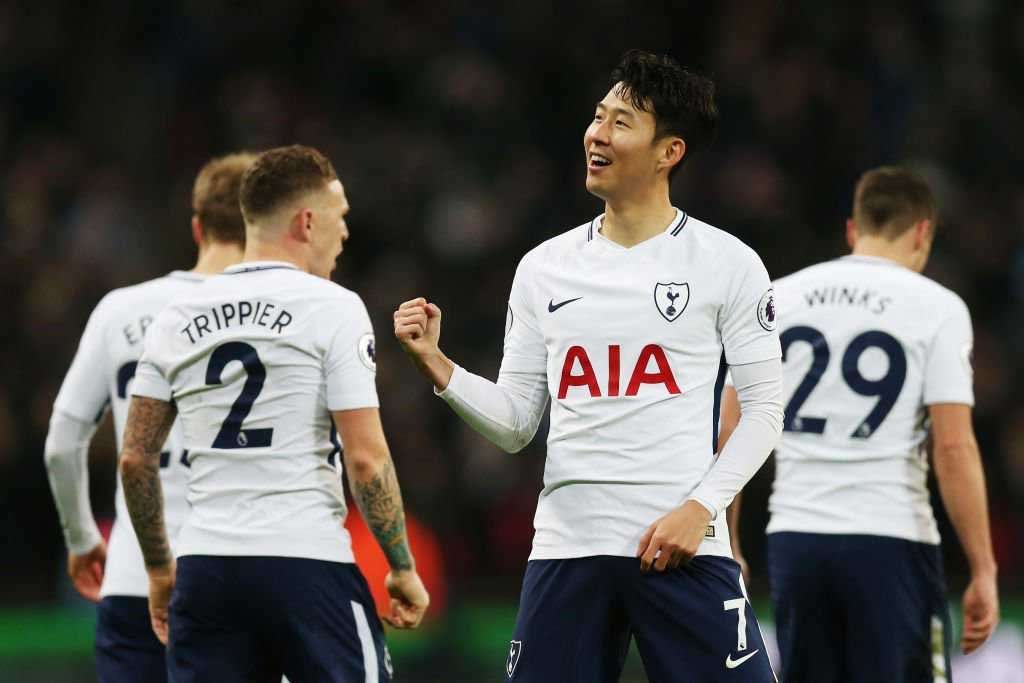 Asmir Begovic denied Christian Benteke last-minute effort from the spot-kick as Crytal Palace were held to a dramatic 2-2 draw by Bournemouth at Selhurst Park.

Bournemouth took the lead 10 minutes into the first-half through Jermain Defoe, who found the back of the net from a well worked corner to score his 200th career league goal.

Palace got the equalizer in the 41 minutes when Luka Milivojevic scored from the spot after Wilfried Zaha had been brought down by Begovic.

The host took the lead 3 minutes later as Scott Dann converted Yohan Cabaye‘s cross, only for Defoe to level the score on the stroke of half time with a stunning first time strike that looped over Julian Speroni to hit the back of the net.

Deep into stoppage time Palace were awarded a penalty after Charlie Daniels fouled Zaha, Benteke stepped up to convert the spot kick but was denied by Begovic as Palace drops to the bottom of the Premier League table, while Bournemouth are 14th, three points above the drop zone. 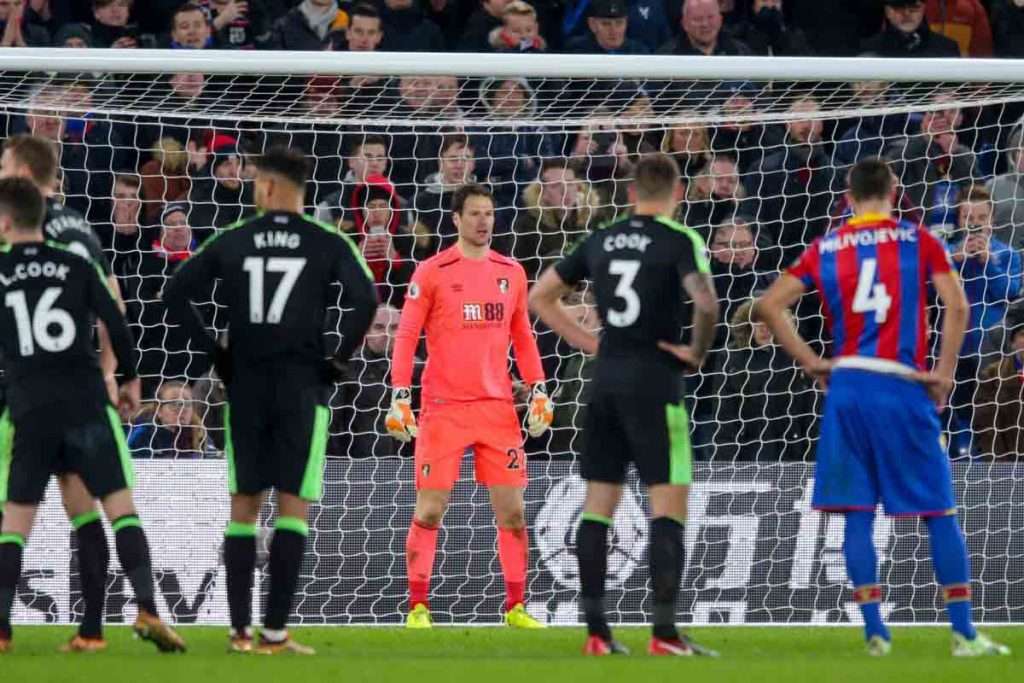 Joselu gave the Mappies the lead 4 minutes into the first half, before Riyad Mahrez got the equalizer for the Foxes 16 minutes later.

Leicester took the lead 15 minutes after the restart when Marc Albrighton released Demarai Gray who spots the keeper off his line and calmly put the ball into the top letf corner.

Newcastle got the equalizer in the 73 minutes when Mikel Merino tees up Dwight Gayle who fires from the edge of the box into the bottom left corner.

Rafael Benitez men’s where on the verge of clinging their second Premier League point in seven games, before Perez thumped the ball into his own net deep into stoppage time.

Leicester City moves to 8th, while Newcastle drops to 16th. 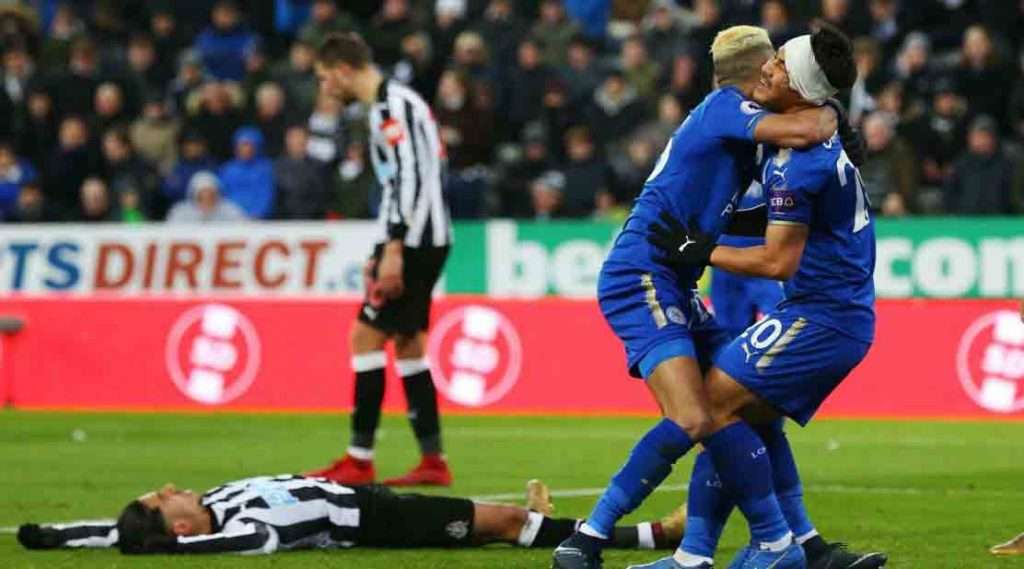 Scott Arfield scored the only goal of the game few minutes after Marvin Zeegelaar was dismissed after sliding in on Steven Defour.

Burnely had the ball in the back of the net through Ashley Barnes in the 72nd minute, only for the goal to be disallowed for offside.

Burnley remain in 7th, while Watford drops to 9th. 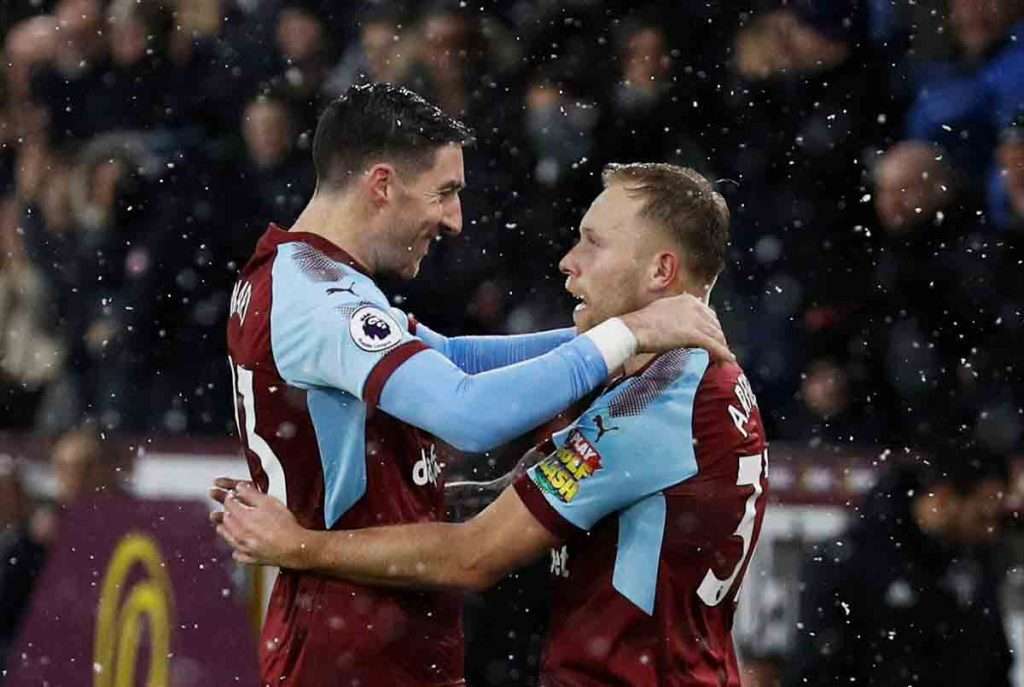 Swansea move off the bottom of the table after a 1-0 win against West Brom at the Liberty Stadium.

The only goal was scored in the 80th minute by Wilfried Bony, who fired in a rebound from inside the box to move Swansea to 19th in the Premier League, while West Brom remain at 17th.

Steve Mounie scored a brace as Huddersfield beat Brighton 2-0 at the John Smith’s Stadium to move up to 11th, while Brighton drops to 13th. 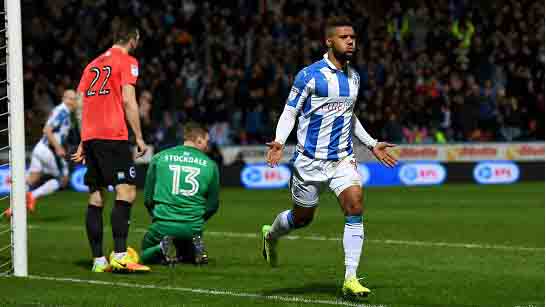