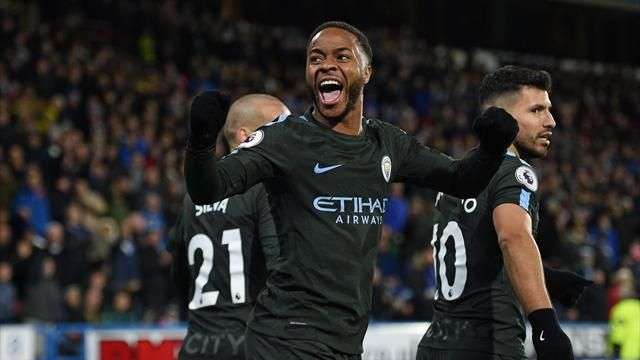 Huddersfield hosted league leaders Manchester City in the last game of the weekend in the Premier League. Huddersfield won the first half of the game as Otamendi scored an own goal just at the stroke of half time.
Pep Guardiola half time talked seem to have worked as Raheem Sterling won the visitors a penalty kick which was converted by Aguero.
Raheem Sterling’s 84th minute goal gave the Citizens a well deserved win as they continue their exploits on top of the Permier League.
van La Parra was shown a straight red card in the 90+6 minute for an unsportsmanlike misconduct while Sane received a yellow card for the same offence. Final result; Burnley 0 Manchester City 2