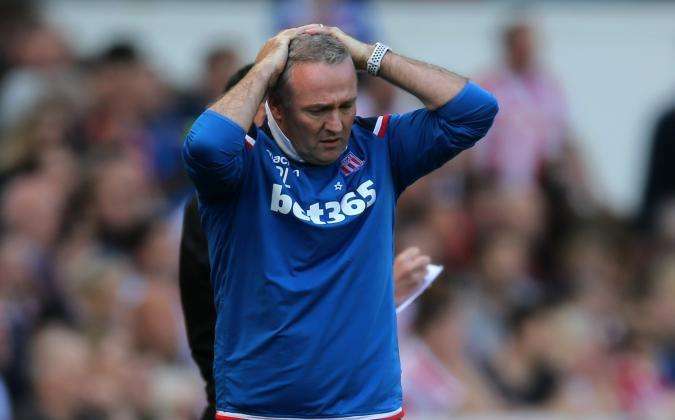 Stoke City were relegated in home soil as they were defeated 1:2 by Crystal Palace.

Crystal Palace were able to overturn the outcome of the game despite being a goal down at half time.

43′ Xherdan Shaqiri opened the scoring for the home side with a stunning free kick into the top right corner. Brilliant! 1:0

68′ Ruben Loftus-Cheek serves the ball on a plate for James McArthur who showed great composure to bury the ball into the bottom right corner from close range. Game on! 1:1

86′ Poor defending from the home led to the end of their 10 years era in English top flight football. Patrick van Aanholt capitalizes on the blunder as he knocks the ball in from inside the box. 2:1

Bournemouth were able to grind out a vital win against Swansea in tight relegation battle.

37′ The only game of the goal came through Ryan Fraser with an attempt from the edge of the box which find its way into the right side of the goal. 1:0

The win secures safety for Bournemouth as they attain the 40 points “magic margin”. However, safety is uncertain for Swansea who are just two points above West Brom(31pts)

Struggling Foxes were woes continue as they were defeated 2 nil by the Hammers in front of their home crowd. West Ham United showed great character to grab maximum points away from home as they need just 2 points to guaranty their safety.

34′ Marko Arnautovic shows off his individual brilliance as he was able to find Joao Mario who showed no hesitation to bury the ball into the back of the net from close range. 0:1

64′ Hammers captain fantastic Mark Noble sealed the win with a first time screamer from 25 yards out into the bottom left corner. What an attempt! 0:2

2′ Roberto Pereyra opened the scoring for the home side in the opening minutes to give them a dream start. He latches on to a pass from Abdoulaye Doucoure and makes no mistake as he buries the ball into the back of the net. 1:0

28′ Roberto Pereyra this time turned was provider as his precise pass gives Andre Gray a simple tapping with his head into an empty net. 2:0

39′ Watford were awarded a penalty kick but Troy Deeney failed to convert from the spot kick as his effort was stopped by goalkeeper Martin Dubravka.

55′ Newcastle pulled one back in an attempt for a comeback. Ayoze Perez latches on to a pass from Javier Manquillo inside the box, his strike was precise and ended in the bottom right corner. 2:1

The win also means that Watford secure their place in the league next season (41 pts) after their current poor run of form.

A defeat today against Tottenham will relegate the Baggies alongside Stoke City. However, West Brom fairy tale continued as they had to dig deep into the last minute of stoppage time to net the winner.

90+4′ Jake Livermore was well position to latch on to a loose ball inside the box from a corner. His attempt was low and drives into the middle of the goal leaving the keeper helpless. 1:0