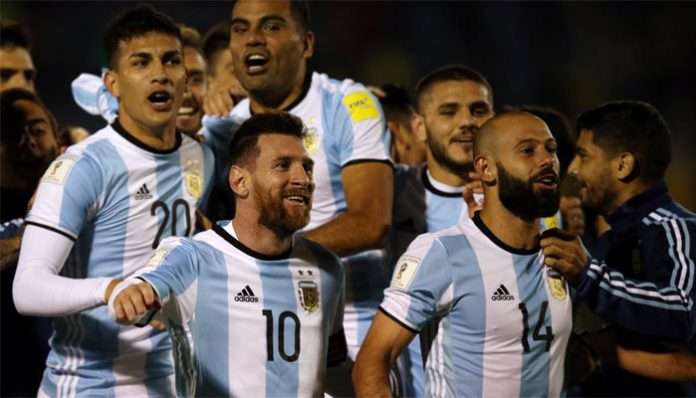 A Lionel Messi’s Hat-trick In Ecuador was the saving grace as Argentina booked their ticket to Russia 2018. Previously their Qualification for the World Cup in Russia seemed impossible until early Wednesday morning.
The little Magician pulled some tricks off his sleeves with a superb performance as they beat Ecuador 1-3. Argentina needed Brazil to beat chile and for Peru to drop points and the results went exactly the way the Argentines planned. Brazil beat Chile 3-0 and Peru drew 1-1 with Colombia.
In a post-match interview with Messi, he stated that a World Cup without Argentina is “Crazy”. Lionel Messi have been criticized by Argentine fans for not winning a major trophy for their country since his breakthrough in 2005, but hopefully Russia could change things around for one of the greatest player ever!