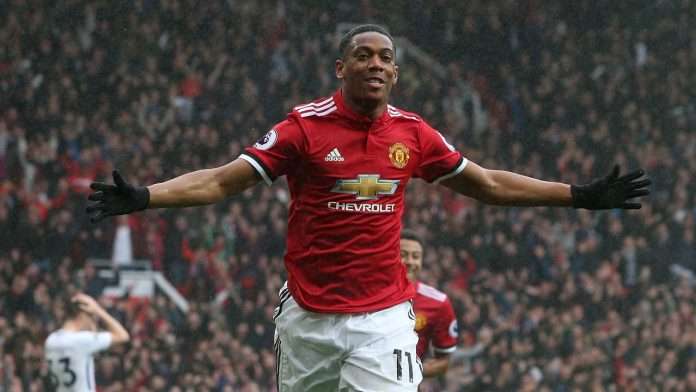 Martial has now scored four goals from four substitute appearances this season to earn him his tilte as “super-sub”.

Manchester United Beat Tottenham Hotspur 1-0 at Old Trafford to to cement their Place in second position. In form Tottenham Hotspur striker Harry Kane was absent in the Old Trafford Crackdown as the England international underwent an evaluation on the injury which he sustained after Tottenham’s Sunday’s 4-1 victory over Liverpool and it was confirmed that he has a minor strain to his left hamstring.

It was goalless in the first half despite both sides coming close as both goalkeepers were in top form. in the 81s minute, Anthony Martial broke the dead lock as he composedly beat Hugo Lloris with a well-timed finish to give the Red devils a well deserved win in the title race. Manchester United remain in second place(23 points), 5 points behind table toppers Manchester City.