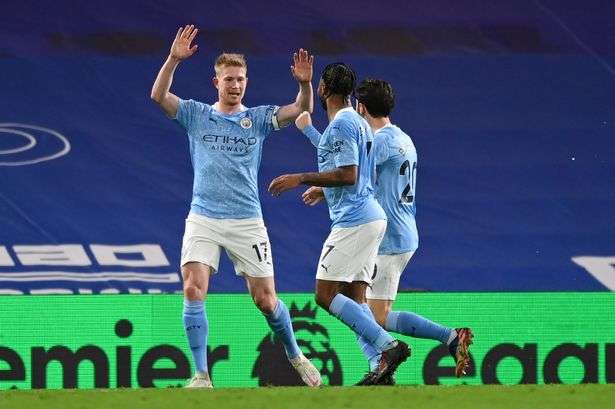 West Brom welcomes The Magpies to The Hawthorns in round 27 of the Premier League fixtures.

The home side comes into this encounter following a (0-1) home loss to Everton, while Newcastle was held to a (1-1) draw at home to Wolves.

The Magpies secured all three points in the first encounter with a (2-1) win at St James Park.

The resigning Champions Liverpool play host to Fulham at Anfield in round 27 of the Premier League fixtures.

The Red approach this Sunday fixture following a (0-1) home loss to Chelsea, while Fulham lost (0-1) to Tottenham at the Craven Cottage.

Fulham held Liverpool to a (1-1) draw in the corresponding fixture last December.

It’s Derby day in Manchester, as City welcomes the Red Devils to Etihad in round 27 of the Premier League ties.

The Citizens comes into this mouth-watering Super Sunday fixture following a comfortable (4-1) home win over Wolves, while United was held to a goalless draw at Selhurst Park.

It ended goalless in the corresponding fixture at Old Trafford back early in January.

Spurs welcome Crystal Palace to the Tottenham Hotspur Stadium in round 27 of the English Premier League matches.

Spurs come into the tie after a narrow (0-1) away win over Fulham, while The Eagles held Man United to a goalless draw at home.

Crystal Palace held Tottenham to a (1-1) draw in the reverse fixture back in December.