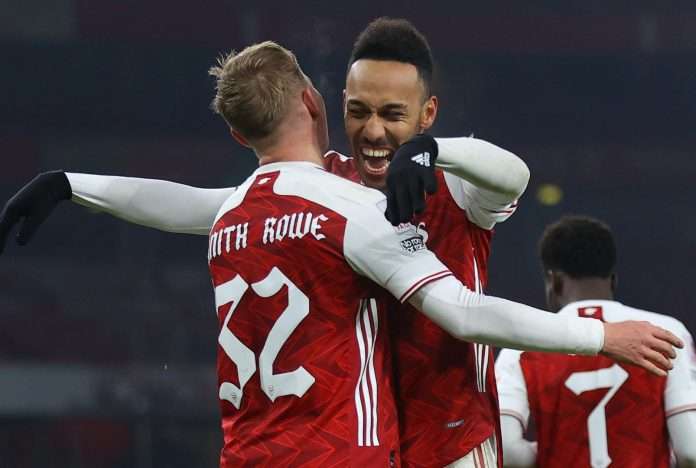 The Saints play host to Brighton in round 28 of the English Premier League fixtures.

The home side approaches this encounter on the back of a (5-2) loss at the Etihad Stadium, while Brighton loses (1-2) at home to Leicester City.

The Saints bagged all three points in the reverse tie with a (1-2) win at the Amex Stadium last December.

The Foxes welcome Sheffield United to the King Power Stadium following a (1-2) win at the Amex Stadium.

Sheffield United on the other hand come into this away fixture after a (0-2) home loss to Southampton.

Leicester beat Sheffield United (1-2) in the reverse fixture back in December.

The Gunners goes head to head with Tottenham Hotspur at the Emirates following a (1-3) impressive Europa League win over Olympiacos Piraeus.

Spurs on the other side of the coin come into this mouth-watering fixture after a (2-0) Europa League home win against Dynamo Zagreb.

Tottenham secured all three-point in the corresponding fixture with a (2-0) win at the Tottenham Hotspur Stadium last December.

Prediction: Away Win or Draw | X2

Man United play host to West Ham in round 28 of the English Premier League fixtures.

Man United defeated West Ham (1-3) in the first encounter at the Olympic Stadium back in December.