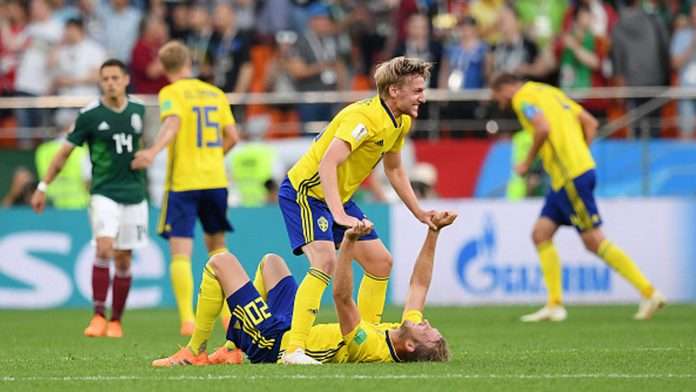 An aggressive Sweden team showed character as they humble Mexico 3 nil at the Central Stadium in Yekaterinburg.

The first half ended goalless as both team were very cautious of making any errors. 5 minutes after the break and Sweden were in front courtesy of Ludwig Augustinsson first international goal from a rebound.

62′ Sweden were awarded a penalty kick and Captain Fantastic Andreas Granqvist stepped up once again and doubled the lead for the Swedes. 0:2

74′ The game was put beyond the reach of Mexico as Edson Omar Alvarez Velazquez was unfortunate to score an own goal. 0:3

Sweden and Mexico advance to the next round with 6 points a piece but Sweden top the group with superior goal difference.