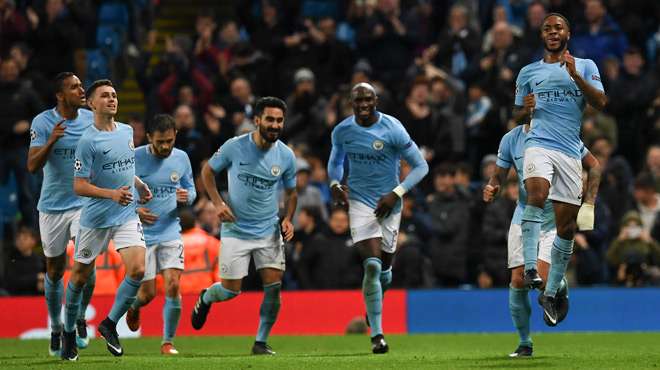 City came into the game having won city rivals Manchester United 2-1 at Old Trafford. Gundogan opened the scoring in the first quarter of an hour to pile up pressure on the away team.

Kelvin De Bruyne was in fantastic form and doubled the lead 20 minutes after a horrible attack from Dele Alli. The run away leaders broke away with a counter attack as Harry Kane was sloppy with the ball, De Bruyne lashed the ball with his left foot to beat Hugo Lloris.

Gabriel Jesus failed to convert a penalty kick in the 75th minute, he hit the low cross bar before Sterling blasted a rebound to the crowd. Sterling made it 3 nil with a simple tapping as Sane unselfishly square played to the England Striker.

Raheem sterling inflicted more pain to the away team in the 90th minute as he nutmegs Hugo Lloris to make it 4 nil. Eriksen scored a consolation goal for Tottenham with left footed low drive in added time.

4-1 it ended as Pep Guardiola move to 52 points, 12 points ahead of city rivals Manchester United who have a game in hand against West Brom on Sunday