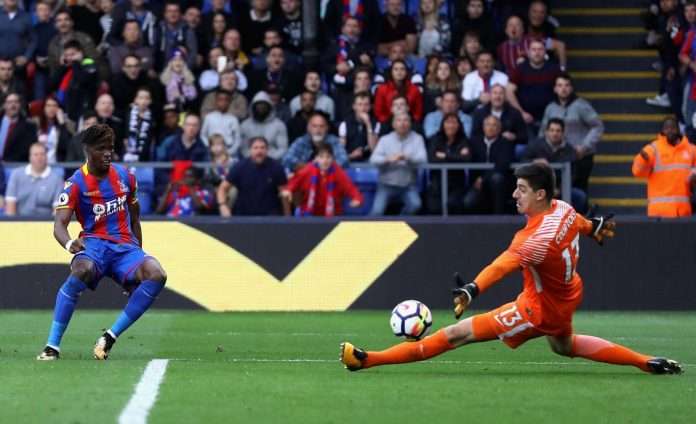 Palace having lost all 7 openers into the premier League were in the brink of being the only team since the Premier League era to go eight games without a single point as they host the reigning champions Chelsea. They suffered a consecutive 4 nil and 5 nil trashing in the hands of the Manchester teams.
However,a Wilfred Zaha’s inspired Crystal Palace beat Chelsea 2-1 as they secured their first win of the season. In the 11th minute a Cezar Azpilicueta own goal Opened their first League goal of the season but 7 minutes later Bakayoko had an unchallenged header that was buried to equal both sides. crystal Palace who have suffered the absence of Wilfred Zaha who was injured in a Pre season match was in a tantalizing form. Zaha received a pass from Sakho an then moves inside the box and sends a measured shot low into the middle of the post to grab the winner to the delight of under-fire Boss Roy Hodgson.