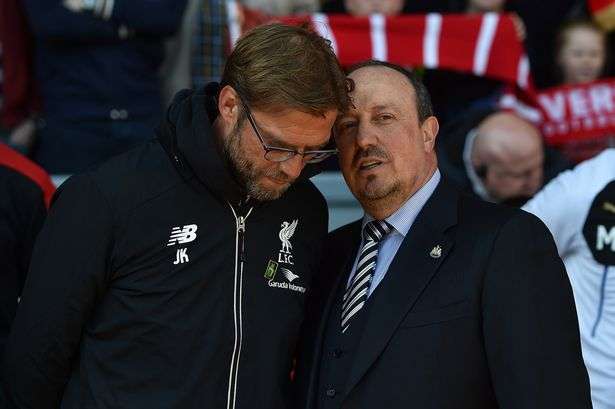 Newcastle United held Liverpool to a 1-1 draw as pressure piles up for  Klopp.
The match was played in a frenzy atmosphere as both Newcastle and Liverpool fans were chanting Benitez’s name at St James’ Park.
Phillipe Coutinho openned the scoring in the 29th minute with a sublime trade mark finnish from outside the 18 yard box.
Joselu made it all squared in the 36th minute to earn his side a point in a well contested match. Liverpool have won a single game in their last seven matches and are 7 points adrift the Manchester clubs in the Premier League table.