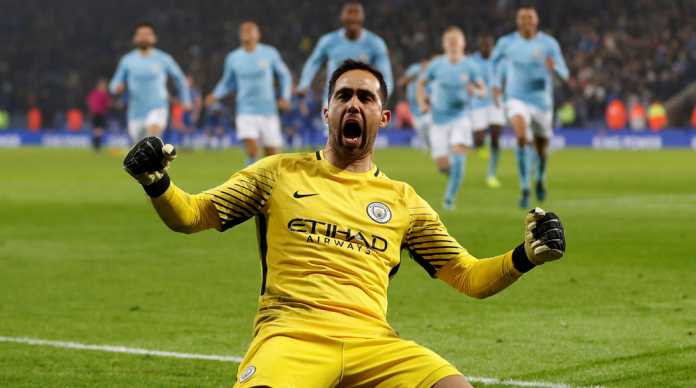 Manchester City were held to a 1-1 draw for 120+ minutes at the King Powers Stadium in the Carabao cup quarter finals. Bernando Silva opened the scoring in the 26th minute with Gundogan grabbing the assist.

Pep Guardiola’s team thought they had the victory all wrapped u until Kayle Walker foulded Gray in the 96th minute. Jamie Vardy took responsibity and converted the penalty to push the game into extra time.
Both teams were unable to grab a winner in the next 30 minutes therefore the game was forced into penalty kicks.