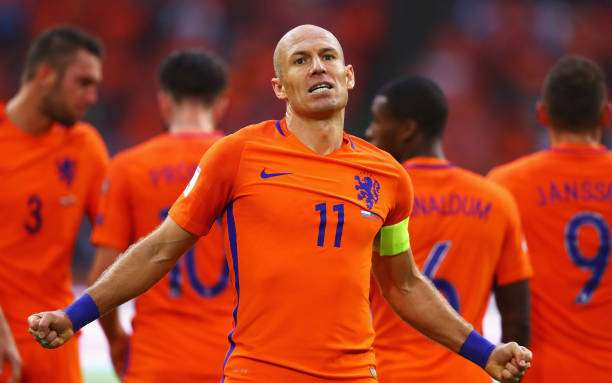 Netherlands Captain and play maker Arjen Robben have bitterly admitted that only a miracle can see them qualify for Russia 2018 World Cup. France tops Group A with 20 points, in second place is Sweden with 19 points followed by Netherlands with 16 points. Despite winning Belarus 1-3, they needed to score a lot of goals in that match instead they conceded. Mean while, second place Sweden beat Luxembourg 8-0 giving them the highest goal advantage in the group. The only hope of the Oranje reaching a play off spot is if they beat Sweden in the final game by seven goals or more!