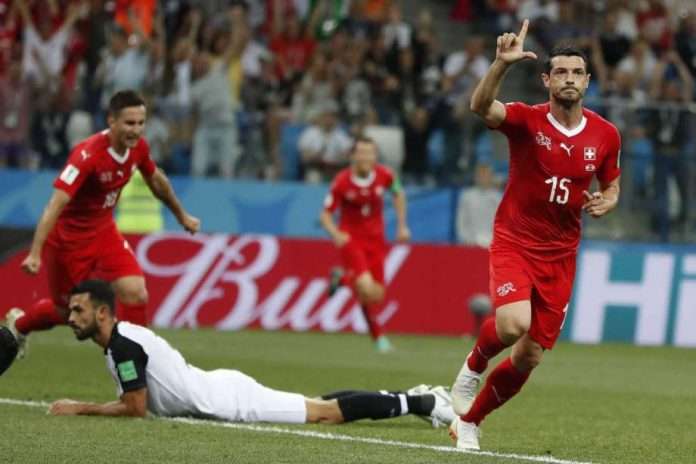 Switzerland qualifies for the next round of the competition in 2nd place after an entertaining 2-2 draw against Costa Rica at the Nizhny Novgorod Stadium.

31′ Dzemaili gave Switzerland a first half win as his shot took a deflection off the defender into the right side of the goal beat the outstretched keeper.

56′ A superb cross from Campbell and Defender Waston restored parity to the encounter with a whopping header into the back of the net. Game on! 1:1

88′ The Swiss were in front for the second time in the game after a great team effort. Zakaria pass found Drimic inside the box, his first time effort is price and ends in the bottom right corner. 2:1

90+3 Costa Rica were awarded a penalty kick and skipper Bryan Ruiz effort hits the cross bar off goalkeeper Sommer and into the net. Own goal! 2:2

Switzerland will face European opposition Sweden in the next round of the competition.