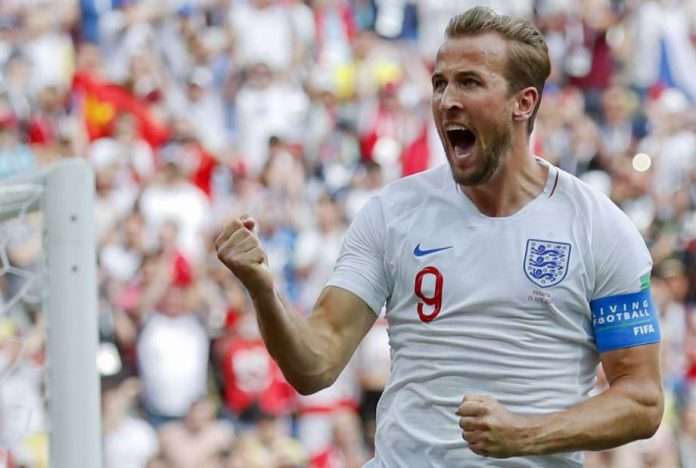 A 5 stars performance for Gareth Southgate’s England side as they humbled Panama 6-1 at the Nizhny Novgorod Stadium.

Early in the opening 8th minutes, John Stones opened the scoring with a free header as he was left unmarked from Trippier corner kick.

22′ Captain Harry Kane scored from the spot kick after Jesse Lingard was brought down in the penalty box. 2:0

Jesse Lingard opened his world cup campaign with phenomenal trade mark curler into the top right corner from the edge of the box. What a strike! 3:0

John stones completed his brace through a rebound with his head after the keeper punched a clear cut opportunity from Sterling. 4:0.

England were awarded a 2nd penalty kick in the match after series of shambolic defensive display from the South Americans from a set piece. Harry Kane steps up and his effort is unstoppable into the top right corner giving England a 5 goal cushion going into the break.

Harry Kane completed his hat-trick with bizarre goal which he will gladly add to his collections. Loftus-cheek shot took a heavy deflection off the heels of kane leaving the keeper helpless. Hurricane becomes the 3rd English player to score a hat-trick in the World cup.

A consolation goal for Panama from a set piece, Gory showed great determination as he connects to a superb cross with an outstretched leg as the ball went into the bottom right corner.

England are level on (3pts) points with Belgium but are ahead on goal difference. The result paves way for an exciting last group match against the two heavy weights in a battle to top the group.