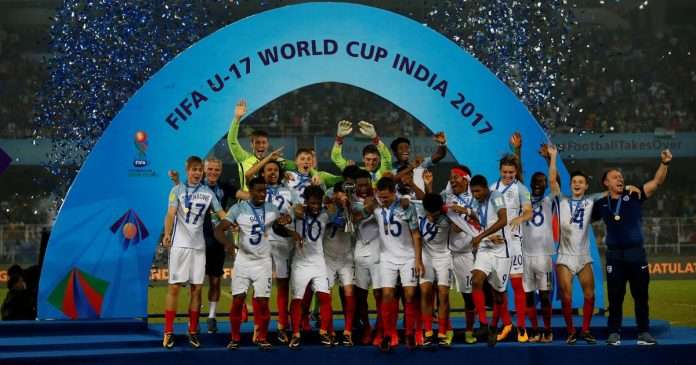 The England U-17 team have been crowned as the World champions as they remarkably beat spain 5-2 win in Kolkata.

The Enland national team as a whole is now been refered to as the “Youth King” following their U20s triumph in the World Cup and Toulon Tournament.
Spain were 2 nils up in the 31st minute with a first half brace from Gomez, Brewster got one back for the three Lions just a minute before the half time break. 58th minute into the game and England had a very interesting comeback in the second half as Gibbs-White pulled one to make it all squared.as they managed to score four times to beat spain in very impressive performance from the Young Lions. Foden Put England in the lead in the 69th minute, Guehi stretched the lead further in the 84th to put the game beyond the reach of the young Spaniards. Folden completed his brace 2 minutes from normal time to make it 5-2 as the Young Lions put their names in the history of World Football.