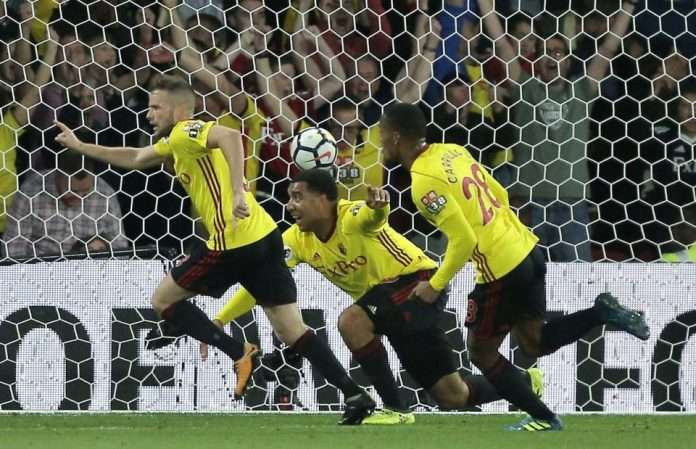 Arsesne Wenger’s Arsenal side Suffered their third defeat of the season 2-1 at Vicarage Road. Per Mertesacker in his first start of the season jumped the highest as he met a well taken corner kick to open the scoring for the Gunners in the 39th minute. In the 70th minute, Referee Neil Swarbrick awarded Watford a penalty as Bellerin fouled his opponent inside the penalty box. Troy Deeney took responsibility and converts the penalty to make it all square. Late in the game, Tom Cleverly’s volley landed under the crossbar to give his side well deserved victory at home. The win puts Watford in 4th position in the League table just 2 points behind Tottenham and 9 points behind League leaders Manchester City.