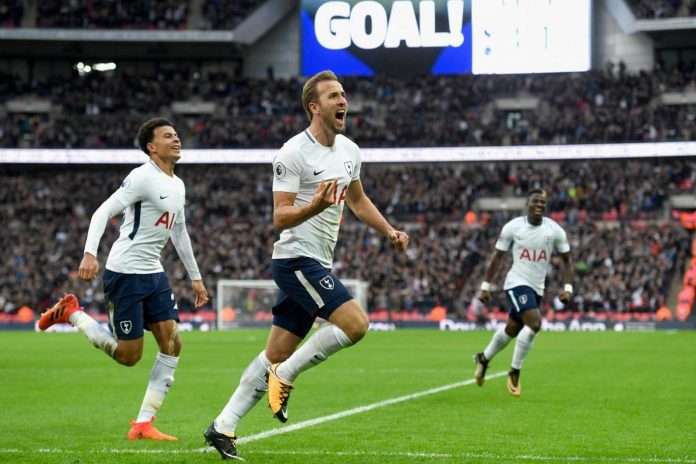 A free flowing Tottenham side beat Liverpool 4-1 in record attendance Wembly packed stadium with Diego Maradona in attendance.
Harry Kane opened the scoring 4 minutes into the game and set up Son who doubled the lead with a well timed finish. Salah pulled one back for the visitors as his low placed finish hits the inside of the crossbar to give Liverpool a possible comeback. At the stroke of half time, Dele Alli stretched the lead further as he smashed the ball into the back of the net to prove his critics wrong.
12 minutes into the second half, Harry Kane completed his 10th brace of the season to make it 4-1. Tottenham Hotspur are now level on point with Manchester United as Liverpool suffers their second defeat of the season. NBA legend Kobe Bryant was also in attendance as he hands over the man of the match award to Harry Kane who was holding his hamstring as he was substituted in the 88th minute.