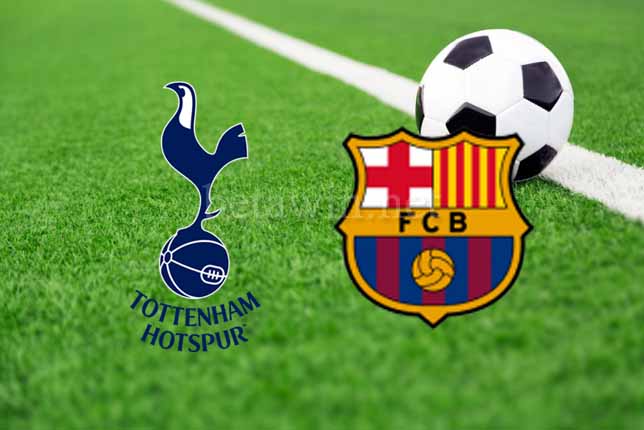 The Wembley Stadium is set for round two of the UEFA Champions League group B clash between Tottenham and FC Barcelona.

Spurs come into this Champions League clash on the back of a comfortable (2-0) win over Huddersfield at the John smith’s Stadium on Saturday.

Four minutes past the half hour mark Kane grabbed his second of the game from the spot to lift his side into the top four of the Premier League.

FC Barcelona were held to a (1-1) draw at the Camp Nou by Athletic Bilbao on Saturday.

Lionel Messi was rested for the game, but was immediately introduced in the 55th minutes after his side fell behind just before the break.

Barcelona were heading for their first defeat of the season before Messi teed up Munir El Haddadi for the equalizer in the 84th minutes.

Harry Kane bagged a brace against Huddersfield, his fifth goals of the season.

Lionel Messi is no doubt Barcelona’s star player with eight goals and four assist this season.

Spurs have scored at least a goals in each of their last nine games in all competitions.

Barcelona have scored at least a goals in each of their last ten matches in all competitions.

Both teams have scored in each of Barcelona’s last three games.

Both teams have scored in each of Tottenham’s last three Champions League games.