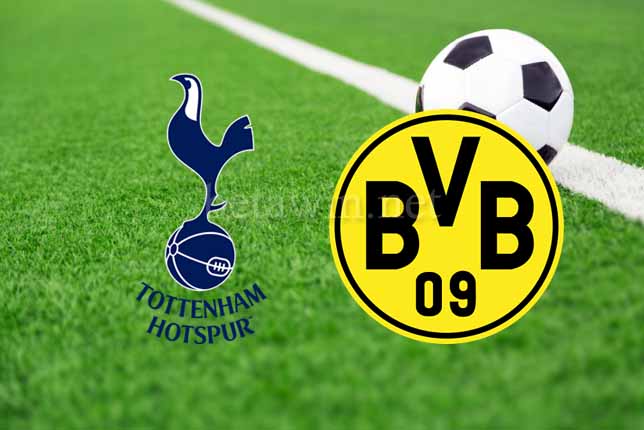 Tottenham welcomes German side Borussia Dortmund to the Wembley Stadium in the UEFA Champions League knock out fixtures.

Mauricio Pochettino‘s men come into this tie following a (3-1) win over Leicester City at the Wembley Stadium on Sunday.

Davinson Sanchez out Tottenham ahead in the 33rd minutes before Christian Eriksen doubled the lead in the 63rd minutes.

The lead was halved in the 76th minutes, but Heung-Min Son restored the two goals lead in stoppage time to seal the victory for Spurs.

Dortmund on the other hand come into this mouth watering fixture on the back of an entertaining (3-3) draw at home to Hoffenheim.

Raphael Guerreiro got the third in the 66th minutes, but three quick goals in twelve minutes from Hoffenhiem denied Dortmund all three points.

The last time these side meet was in the Champions League group stage in 2017, were Tottenham defeated Borussia Dortmund (2-1) at the Signal Iduna park.

With the absent of Harry Kane, Son Heung-Min is Spurs top scorer with fifteen goals and seven assist this season.

Marcos Rues have been ruled out of this encounter, so Paco Alcácer is expected to lead the line for Dortmund. He currently has thirteen goals and one assist to his name.

Both teams have scored in each of their last three head to head encounters in Europe.

Both teams have scored in each of Borussia Dortmund’s last four matches in all competitions.

Tottenham have scored at least a goal in each of their last six Champions League matches.