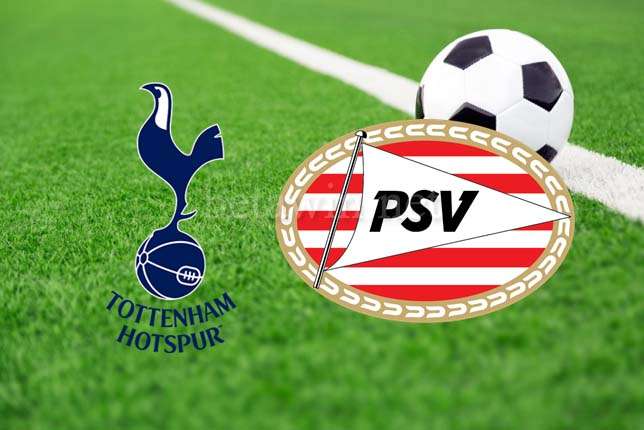 Spurs take on PSV at the Wembley Stadium in round 4 of the Champions League Group B fixtures.

Tottenham were held to a (2-2) draw in the reverse tie in the Philips Stadion and they approach tonight’s game on the back of a (3-2) win over Wolves at the Molineux Stadium on Saturday.

Harry Kane made in three one minutes after the hour mark, before Spurs conceded from the penalty spot in the 68th and 79th minutes.

The Holland side come into this Champions League tie following a narrow (1-0) win over Vitesse at the Philips Stadion last Saturday.

Luuk de Jong scored the winning goal in the 69th minutes as PSV return to winning ways after their Cup lost to Waalwijk.

Erik Lamela is on a good run of form. He opened the scoring against Wolves. He now has six goals and three assist this season.

Luuk de Jong scored his ninth goal of the season in PSV (1-0) win over Vitesse.

Tottenham have conceded at least a goal in each of their last four games in all competitions.

PSV have scored at least a goal in each of their last ten games in all competitions.

Spurs have conceded at least a goal in each of their last five Champions league matches.