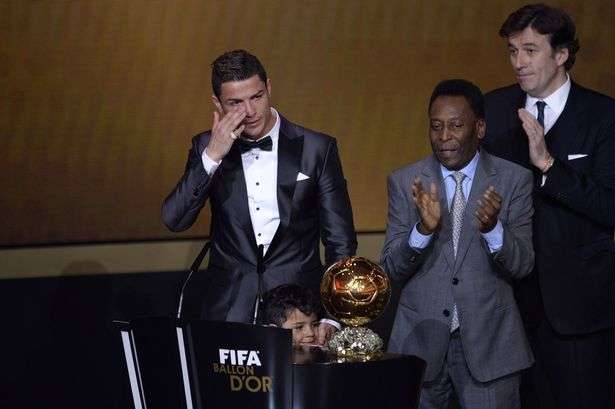 The prestigious Ballon d’Or Award for 2017 is here again with 30 Nominees shortlisted. The first 5 players on the List was released earlier today and Neymar Junior of Paris Saint German  was nominated for outstanding performances for Brazil and Barcelona before his big money move to PSG.

Also on the first five list is Croatia and Real Madrid talisman Luka Modric, his Real Madrid team mate Marcelo was also nominated. Both players were recognized for outstanding performance as Real Madrid won both the Uefa Champions League and the Spanish La Liga.

Chelsea midfielder Ngolo Kante made the list as he was recognized for his contribution as Chelsea won the English Premier League.

Finally on the first 5 list is Juventus midfielder Genius Paulo Dybala. The Argentine midfielder was instrumental as Juventus won the Seria A and also reached the Uefa Champions League finals.

Christaino Ronaldo who is the current holder of the Ballon d’Or Award beat the likes of Lionel Messi and Antione Griezeman. CR7 is still favorite to retain the award despite strong competition from long time rival Messi who won the golden boot in La Liga  with 37 goals and also helped Barcelona clinch the Spanish Copa Del Rey.

However,  Ronaldo helped madrid win their third consecutiive Champions League trophy were he scored twice in the final to beat Juventus 4-1 where he won the Golden boot with 12 goals in the Champions League. The Madrid-Star was instrumental as Madrid won their first La Liga Trophy in five years and also he helped secure the Fifa World Cup.

The  remaining 25 nominees will be announced in stages before the day runs out.