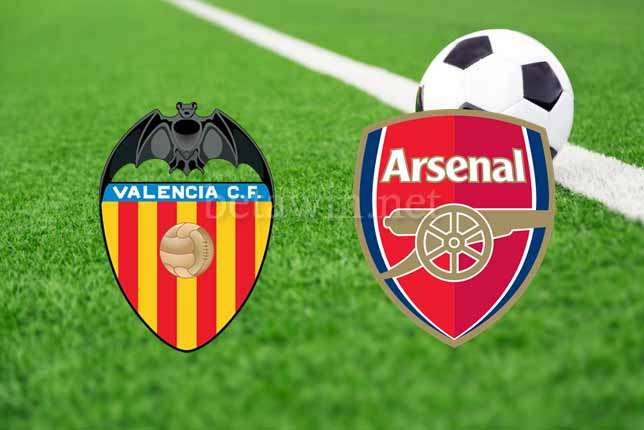 The Gunners make a trip to the Estadio de Mestalla to face Valencia in the second leg of the Europa League semi final fixtures.

Arsenal defeated Valencia (3-1) in the first leg at the Emirates Stadium last Thursday.

Mouctar Diakhaby put Valencia ahead in the opening Eleven minutes, but Alexandre Lacazette got the equalizer seven minutes later.

Lacazette gave Arsenal the lead in the 26th minutes before Pierre-Emerick Aubameyang sealed the victory in stoppage time.

The Spanish side approach this encounter following a (6-2) away win over Huesca at the Estadio El Alcoraz last Sunday.

Daniel Wass put Valencia in front in the opening two minutes, Rodrigo doubled the lead in the 16th minutes, Santi Mina added the third in th 20th minutes before he added the fourth nine minutes later.

Valencia went five goals up in the 40th minutes from an own goals, Rodrigo made it six, before they conceded in the 66th and 92nd minutes.

Arsenal on the other hand were held to a (1-1) by Brighton at the Emirates Stadium on Sunday.

Pierre-Emerick Aubameyang gave Arsenal the lead in the opening nine minutes from the penalty spot, before the lead was canceled in the 61st minutes.

Rodrigo got a brace against Huesca. He now has nine goals and seven assist.

Pierre-Emerick Aubameyang has two goals in two games for Arsenal. He currently has twenty six goals and seven assist.

These sides have met four consecutive times without a draw.

Valencia have played eleven straight games in all competitions without a draw.

The Gunners have lost in each of their last three games away to Valencia.
Arsenal have played seven consecutive away matches in all competitions without a draw.