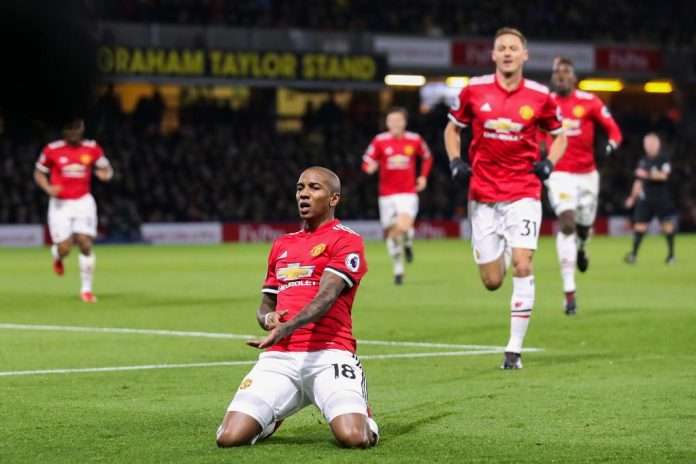 Watford hosted Manchester United at Vickerage Road where they won Man Utd 3-1 last season. Both side came into the contest with a point to prove after Jose Mourinho applauded Watford for their performance this season.

Rejuvenated Manchester United Defender Ashley Young who earned himself a Man Of The Match Award opened the scoring in the 19th minute with a low volley to beat goal keeper Gomez from yards out. Young completed his brace with stunning free kick to double the lead for the away side. Lukaku found Anthony Martial with a well time pass as the French International made it 3 nil going into the break.

Watford were awarded a penalty in the 77th minute after Marcos Rojo foul on Carrillo inside the box, Troy Deeney converted the spot kick to start a possible comeback. 7 minutes later, Doucoure pulled another for the home side who were 3 nil down in the first half.

Jesse Lingard put the icing on the cake as he scored in the 86th minute after a brilliant solo run to give Manchester United a 4-2 win after fantastic display from both teams.