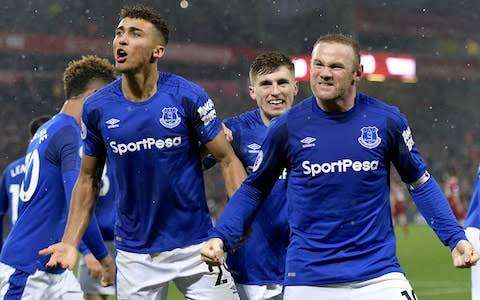 Liverpool played host to City rivals Everton at Anfield for a crunchy derby encounter.
Muhammad Salah opened the scoring at the stroke of half time with a brilliant solo run and struck the ball from inside the box. His strike found the left topcorner of the post to beat JOrdan Pickford.

The home side created more goalscoring opportunities in the game but the complexion of the game changed when Everton were awarded a penalty kick . Dejan Lovern was penalised for holding inside his own penalty box in the 76th minute. Everton Legend Wayne Rooney stepped up and converts the spot kick to earn a point for his childhood club against their fierce city rivals.
Liverpool 1 Everton 1 and thats how it ended at Anfield as both teams settle for a point in the Merseyside derby.