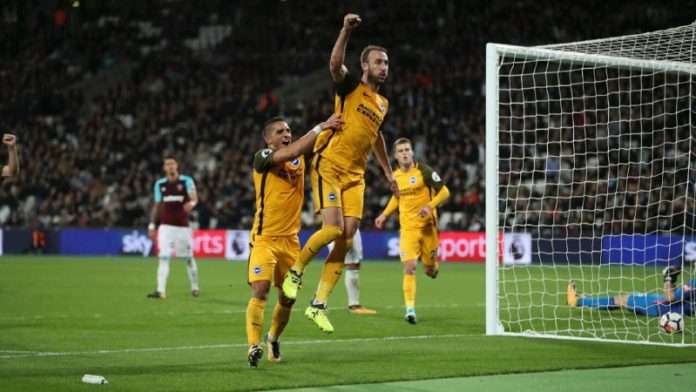 Newly promoted Brighton produced a tactically disciplined performance as they recorded their first ever away win in the Premier League by beating West Ham 3-0 at the London Stadium.

The Hammers were sluggish in the opening stages, and were made to pay 10  minutes into the first half when Glenn Murray headed home Pascal Gross’s free-kick to give the visitors the lead.

The Seagulls doubled their lead just before half-time when Izquierdo shot from the edge of the box found the top corner.

The hosts added more fire power, but Chris Hughton’s side got their third goal in the 75th minute when Glenn Murray converted a spot kick to get his double.