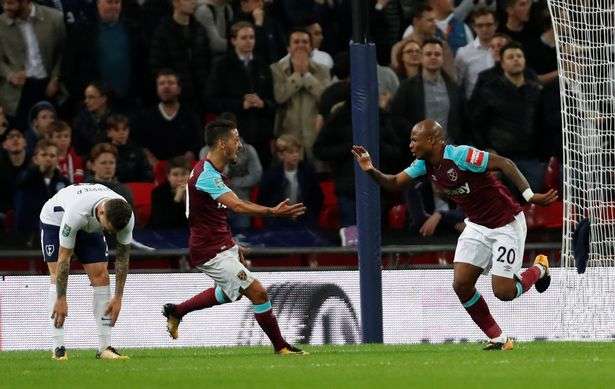 West Ham United beat Tottenham Hotspur 2-3 after being two goals down in the 1st half.

It was a do or die affair for the under-fire west ham boss Slaven Bilic whop was given a two matches ultimatum to secure his job.
Sissoko opened the scoring in the 6th minute before Dele Alli doubled the lead for Tottenham in the 37th minute.
10 minutes into the second half and Ayew pulled one back, 5 minutes later the Ghanian player maker completed his brace to make of all squared. 10 minutes after Ayew’s leveler, Ogbonna scores a memorable goal that puts the hammers through to the semi’s. 2-3 it ended at Wembley!, this result might just end up saving Bilic his job!